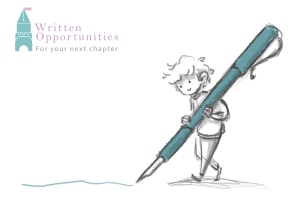 In September 2013 I was asked to write a course for an on-line educational platform on how to write stories for children.

In planning the course, I thought of my own journey from ‘keen amateur’ scribbling stories as a hobby to young mum making home-made picture books for her children, from part-time student learning the technicalities of writing to the full-time, freelance writer I am today.

I thought of all the things I’d needed to know to move me forward on that journey and I looked at every note I’d ever taken, every text book I’d ever read, watched videos of authors talking about their writing and did lots and lots of additional research.

I thought, too, of all I know about children and their reading habits, through being a parent myself and from knowledge and experience gained from teaching children for over twenty years.

Then I pulled everything together into a course I would’ve liked to have taken myself all those years ago when I first thought “I want to be a writer and I want to write stories for children.”

As well as drawing on my own experiences, I asked some writers I know to share their words of wisdom with me.  So, Writing for Children is generously sprinkled with hints, tips and guidance specifically written for me by the community of published writers and children’s authors to which I belong.

Jamila Gavin has been a successful children’s author for over 30 years.  She’s been shortlisted for numerous awards, including the Guardian Children’s Fiction Prize and the Nestle Smarties Book Prize, and was a finalist for the 2014 NSK Neustadt Prize for Children’s Literature.

Jamila’s historical novel, Coram Boy won the Whitbread Children’s Book Award in 2000 and was later performed as a stage play in London and on Broadway. Her Grandpa Chatterji series for younger readers was adapted for television in 1997.  Jamila has also written a number of radio plays for children.

Pippa Goodhart is the author of over 90 books for children and young adults, from picture books to historical fiction, early-reader texts to books for teenagers for whom reading is a challenge.  She writes the Winnie the Witch series under the pen name Laura Owen and has recently published her first adult novel.

Pippa has been shortlisted for numerous awards, including the Coventry Inspiration Award and the Nestle Smarties Book Prize.  In 2011 she won the ‘Mumsnet Children’s Book of the Year’ award for the ‘books for 3-to-4-year-olds’ category.  Her book, You Choose, illustrated by Nick Sharratt, has topped the picture book charts for more than 10 years. 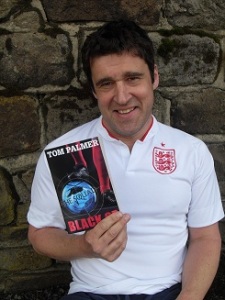 Tom Palmer is the author of 26 books for children, young adults, and adults, the majority of which are sports-related.

Tom’s first novel, Foul Play, was shortlisted for the Blue Peter Book Award in 2008. He has since won numerous accolades and awards.

Tom is Patron of Reading for the Book Trust and Children’s Writer in Residence with the Royal Air Force Museums.  Over The Line, his historical novel about a young footballer’s experiences of the First World War, was included by the Book Trust on its ‘Recommended Reads’ list for the 2014 ‘Read for my school’ initiative. 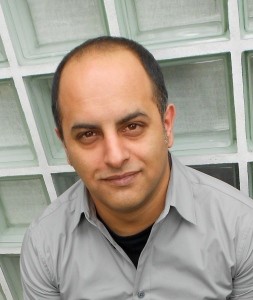 Bali has been Writer in Residence with the Reading Agency and the Book Trust and is an active member of the Society of Authors’ Children’s Writers and Illustrators Group.

Bali’s books have been nominated for and achieved numerous awards across the UK.  In 2015 he was awarded the Shropshire Teen Books Award.

Rod Duncan is a novelist and screenwriter.  His first novel, Backlash (2003) was shortlisted for the Crime Writer Association’s John Creasey Dagger award.  The Bullet-Catcher’s Daughter, the first book of ‘The Fall of the Gas-Lit Empire’ series, was nominated for the 2015 Philip K. Dick Award.

Alongside writing, Rod is a lecturer in Creative Writing at De Montfort University and tutors courses for the Writing East Midlands writers’ development agency.

Maxine Linnell is the author of a number of books for young adults including Closer, Vintage and Breaking the Rules. She was recently commissioned by Real Reads educational publishers to adapt three Thomas Hardy novels for a young readership.

Maxine is a creative writing tutor, editor and proof-reader.  She mentors and coaches writers for the Writing East Midlands writers’ development agency.

Janet has worked extensively in journalism and educational publishing with numerous articles, short stories and a novel for adults to her name. 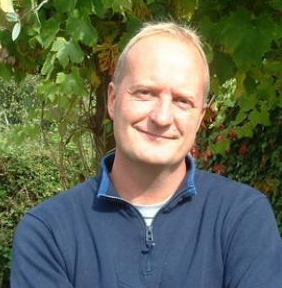 Steve has published more than a dozen titles for children and young adults, with his first novel, The Dreamwalker’s Child, prompting a bidding war amongst publishers.  The book was followed by further thrillers for older children including The Web of Fire and The Starlight Conspiracy, as well as the Hooey Higgins series and the Daisy Dawson books for younger readers.

In 2009 Steve’s novel Blood Hunters was selected for ‘Booked Up’, a national reading programme run by the Book Trust.

Steve is Senior Lecturer in Writing for Young People at Bath Spa University and regularly acts as a tutor on writers’ retreats for the Arvon Foundation. 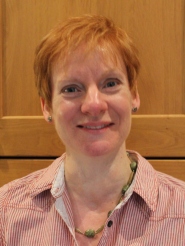 Cath Howe’s published work for children includes Curse of the Highwayman and The Highwayman’s Revenge, as well as two plays – The Summer Explorers and Curious Cases (Pearson Education).

Cath is a Writer in Residence at Kingston University Writing School and runs workshops for adults and children in South West London which focus on Creative Writing and Drama. 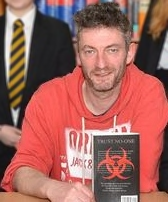 David Wardale is a journalist and author of young adult novels.

His thriller, PsiCo, was ‘You Write On’ website’s Children’s Book of the Year for 2011.  He has since published its sequel – PsiCo: Dirty Money.

Sue Palmer has written more than 250 educational resource books, as well as TV schools programmes and software packages to support the teaching of literacy. She writes frequently for the educational press and acts as a consultant to organisations such as the Department for Education, the National Literacy Trust and the BBC.

Cristy Burne is a children’s author and science writer based in Australia.

She was selected for a Young and Emerging Writer’s Residency at Varuna House – Australia’s National Writers’ residency – in 2006 and won the Voices on the Coast Children’s Writing Competition in 2008.

Takeshita Demons is the first in a series of books inspired by the time Cristy spent living in Japan and was the winner of the 2009 Frances Lincoln Diverse Voices Children’s Book Award.

As well as the guidance provided by the above authors, the course discusses techniques used by classic writers such as E B White (Charlotte’s Web) and Laura Ingalls Wilder (Little House on the Prairie), and contemporary authors such as J. K. Rowling, Michael Morpurgo and Pie Corbett.

You can find detailed information on the Writing for Children e-learning course here.